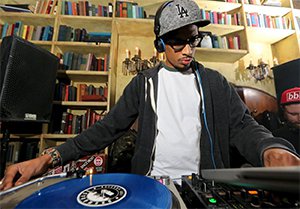 Originally from Cleveland, Ohio Zere has quickly becoming one of the most regarded and consistent producers in Los Angeles. Earning every ounce of recognition along the way his releases on MAC ||, Soul Deep Recordings, Chronic Recordings, and DSCI4 have earned him notoriety on worldwide music charts. Gaining support from legends in the Drum & Bass world such as Randall, Bryan Gee, Dj Hype, Friction, and Trace to name a few have help him obtain bookings across the USA. With 2018 in sight his collaborations with Jaybee, Dave Owen, and partner in crime Gabriel Habit are sure to push him over seas for his first world tour. Keep an eye out for him on tour in a city near you and on all forms of social media.